“As the project closes out (with the exception of NexPress move in December), I just wanted to extend my appreciation for the great job your company did.  This particular job was made more complicated working with and around the numerous trades, and around Heidelberg staff (whom occupied some of the building throughout the project).  Your guys were always on schedule or ahead of it, and the work was first rate!  The closets were dressed in very neatly, the most visible portion of their work, but they also took care in laying the cable in the tray, or where they created an “open” pathway.  The documentation submitted to me was accurate and timely as well.  I know the guys were thought well of by the other trades, the LCS project crew and the HDI IT staff.  Further, and perhaps most important, my Heidelberg contacts were very pleased with the project as a whole and the work performed. You got high marks all the way around.

Lastly, let Rob know that it was a pleasure working with him.  He did a great job in the “lead” role.

Thanks again, and look forward to working with you in the future.” 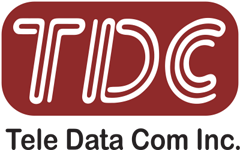